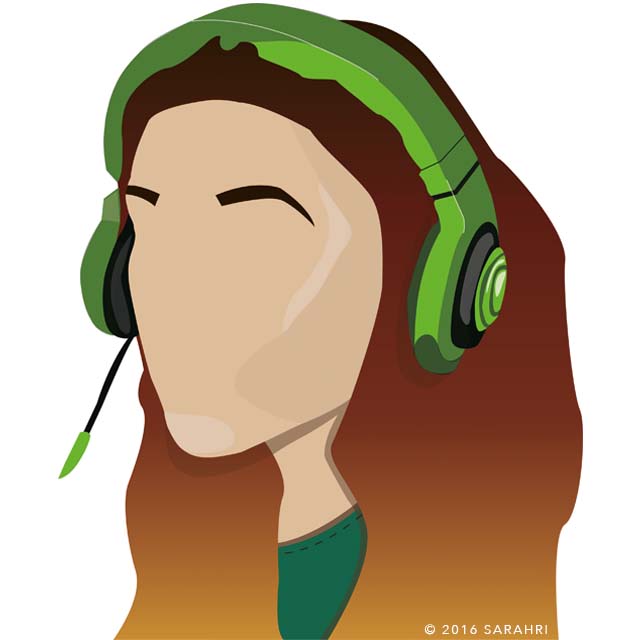 I don't know about you but I play a lot of video games, all of my life I've enjoyed just chilling out and playing a video game, even though some games are rage inducing (ranked LoL games and various Legend of Zelda temples I'm looking at you). Maybe it's just me but have you ever been mid game or scrolling Youtube for gameplay videos and you hear an in-game/game related song and you're just like...WOAH. Well I have, so today I'm sharing with you my:

Undertale Remixed - Megalovania (Holder Remix) - GameChops
Game: Undertale
This is the one game on this list I haven't actually played, but I have heard it's very good! My boyfriend only recently introduced me to this song which I think is a remix of a song from the Undertale soundtrack? (not 100% sure though). This song is very addictive and whenever I hear it it just makes me want to be awesome, motivated, play a game and be amazing at it! I don't think I've ever listened to this song and not smiled.

Falconsheild - This Is War Series
Game: League of Legends
The link above is to This Is War 5 (This Is Wardles), but you need to check out all the 'This Is War' songs, they're amazing especially if you're interested in the lore of League of Legends champions. Any LoL fan will appreciate this series of songs. In this song in particular it's all about the Yordles, my favourite top laner Gnar is in there and his verse has Legend of Zelda references which makes me incredibly happy. If any of you have a Gnar plushie I'm very jealous of you right now.

The series above has to be my personal favourite on the list.

Minecraft Creeper Rap - Dan Bull
Game: Minecraft
This song will get stuck in your head, you will be singing the chorus before you know it. A clever, catchy song about those pesky Minecraft creepers that you'll end up singing and dancing along to it when it plays on Spotify in your car.

Legend of Zelda: Spirit Tracks - Link & Zelda's Duet
Game: Legend of Zelda: Spirit Tracks
I loved this game so much yet out of all the Legend of Zelda games I hardly hear anyone talk about Spirit Tracks and I think it has some of the most beautiful music! Even though it's been years since I've played it this song still sticks in my head as one of my favourites, I think it plays when you weaken the final boss. The scene in the game for the begining to this song is so lovely too, if you scroll near to the end of the video below  (The Lokomo Songs) you will see that scene and how it fits in the game.

Legend of Zelda - The Lokomo Songs
Game: Legend of Zelda: Spirit Tracks
So by now I think you may have guessed that I'm a slight fan of Legend of Zelda, but the music in each game is always so different and beautiful (or a little bit disturbing when facing enemies but usually the song describes the enemy wonderfully!)
This is linked to the song above, the song above is Link and Zelda's duet where all the Lokomos join forces with them. However throughout the game each Lokomo has their own song (which you partly play). They're very short but all very lovely and distinct to each Lokomo. The video shows the song's gameplay too. Ah I'm really missing this game now!

So there are the video game songs I think you need to hear! Now I don't play Playstation or Xbox games unfortunatley as I don't own the consoles *crying* but if you feel I've missed any songs from those console games or any other game let me know!

If you want to keep up with my blog follow it on bloglovin!

Sarah
*The videos in this post linked above DO NOT belong to me*
Posted by Unknown at 23:38